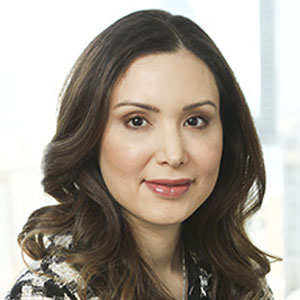 Olga Torres is the Managing Member of Torres Trade Law, PLLC, a leading international trade law and national security law firm. She practices in the areas of export controls, customs, anti-corruption, and industrial security matters. Ms. Torres represents a wide range of companies including large publicly traded corporations in diverse industries such as aerospace, defense, telecommunications, consumer, chemicals, and high technologies. She counsels clients on compliance with the International Traffic in Arms Regulations, the U.S. Export Administration Regulations, and the various embargo and sanctions programs administered by the Office of Foreign Asset Controls. She also advises clients on import compliance matters, including customs rulings, classification, special duty programs, audits, and seizures of goods by U.S. Customs. She also assists with antidumping/countervailing duty matters before the U.S. Department of Commerce. Ms. Torres also represents companies in transactions subject to review by the Committee on Foreign Investment in the United States, and advises on measures to mitigate Foreign Ownership, Control, or Influence. She was recently re-appointed by the U.S. Assistant Secretary of State for Political-Military Affairs to the Defense Trade Advisory Group. In this capacity, she advises the Department of State Bureau of Political-Military Affairs, on its regulation of defense trade.
Ms Torres has been selected for recognition in multiple guides and publications, including Who’s Who Legal: Trade & Customs since 2017-2022. She has been ranked consecutively by Chambers & Partners as one of the top lawyers in export controls and economic sanctions in the Chambers USA & Global guides. She has been rated for four consecutive years as a Super Lawyer Rising Star for Thomson Reuter’s Super Lawyers publication. Ms Torres was also named the Global Attorney of the Year by the Dallas Global Chamber in 2019, and Torres Trade Law won the Global Law Experts– USA in 2021.